The Decision Review System (DRS) is technology-based assistance in a cricket fixture. Either of the teams can use this digital process to check whether the original decision made by the on-field umpire is correct or a mistake. Since November 1992, the on-field umpires were able to check decisions with the third umpire. The players were also able to ask for a DRS in

India and Sri Lanka were the first two test teams to try the DRS in their test series of 2008. Virender Sehwag was the first batter to overturn the on-field umpire’s decision. Let’s discuss more on DRS and its rules.

If the team or any of its players doubts the decision made by on-field umpires, they have an option to request a DRS. Afterward, the TV umpire checks the decision made by the on-field umpire. The third/TV umpire uses slow-motion technologies on a display to make the final decision. Hence, DRS ensures none of the teams gets impacted by a wrong decision.

DRS can be taken by either of the teams. Both units are provided with a particular number of DRS referrals. For instance, it’s two reviews per inning in tests. Only the batter given out by the on-field umpire or the fielding team captain can ask for a review.

Once the on-field umpire makes a decision, the captain or the batter has 15 seconds to opt for DRS. The signal of DRS is a T made by joining both hands. The request made after 15 seconds gets declined by the on-field umpire. The umpires can also decline the request if they doubt an external input apart from the players on the ground. None of the players are allowed to discuss with the umpire whether or not to take a DRS to challenge any decision.

As the player makes the T sign, the third umpire checks whether the delivery is fair or the bowler is overstepping. The umpire moves to the investigation only if the delivery is legal. The third umpire has advanced applications, including HotSpot, Ultra-Edge/Real-Time Snicko (RTS), and Hawk-Eye to check the decision.

Ultra-Edge/Real-Time Snicko (RTS) is used when there is a request for a catch or lbw out. The HotSpot is also used in the same scenarios. It shows the heat generated between the bat and the ball, which instantly tells the umpire about an edge.

The microphone is also used by the third umpire. The sound of a ball hitting the bat or pad is helpful to make the final decision. The umpire can use one or all the technologies depending upon the situation and appeal. 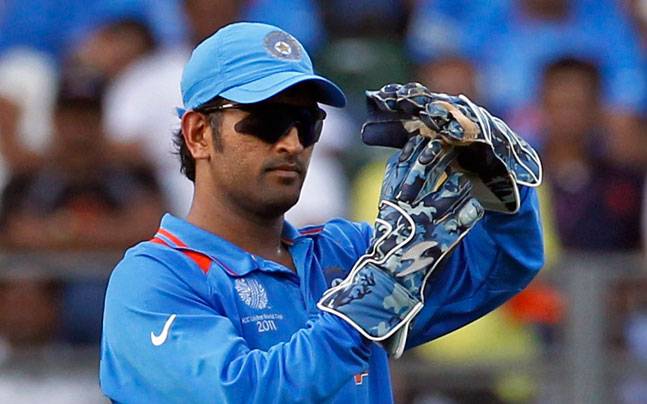 Modification in lbw reviews: The DRS for lbw is updated. Now, the bails are also added to the wicket zone. Hence, the bowler gets more chances to get breakthroughs.

The wicket zone is the height and width of all three stumps, including the bails. For instance, under the previous rule, more than half of the ball must hit the bail’s bottom edge for the original decision to be changed or overturned. The new rules state that more than half of the balls need to hit the bails to reverse the decision after a review. Hence, the bowlers get an extra 1.38 inches to claim wickets.

Modification in run-outs: If the batter is diving to reach the crease with the bat in contact with the ground behind the popping crease, but his/her body is in the air, then the batter is not out. The same rules are applied to the batter returning his/her stance to avoid being stumped out.

Modification in catches: If a fielder takes a catch on the boundary, he/she has to take off from within the boundary line. Otherwise, it is not a catch-out. Instead, the shot is declared as a six. Apart from that, a batter can be caught out even if the ball bounced off the wicketkeeper or any other fielder’s helmet.

Only the on-field umpires are entitled to request an umpire review. They can request it after an appeal for hit wicket, bowled, stumped, catch, or run-out. The umpire makes a TV sign using their hands to the third umpire when they decide to go for the review.

The bowler’s end umpire requests the review followed by a soft signal of out or not out. The umpires have to make the soft signal by placing their hands close to the chest. If the third umpire cannot see the catch due to field obstruction by the batter or any other fielder, then the on-field decision stands correct.

The third umpire only investigates the incident if the delivery is legal. If the bowler is overstepping, the on-field umpire declares the delivery as a no ball, the batter survives and gets a free hit at the next delivery.

Player review: The fielding captain or the on-strike batter can claim for a DRS if they do not agree with the decision made by the on-field umpires. The captain can talk to his/her team, and the batter can discuss the delivery with the batter on the other end. The dressing room cannot send a signal to take DRS. Plus, the big screen does not show any replay in slow motion for the first 15 seconds. None of the players can withdraw a DRS request once it’s made.

You might be surprised to know that even advanced technology like DRS has its errors. The review system is only 90 percent accurate. So, there is a margin of 10 percent for the errors. And there have been incidents when the naked eye can find the miss, but the digital review cannot detect it.

A catch-out is one of the toughest calls under DRS. The replays cannot detect whether it’s a catch or the batter can continue. The lens is unable to find the difference even in zoomed images. Generally, controversy is created when the on-fielders umpire makes a soft signal. They do it depending upon the images processed by their eyes. Afterward, the third umpire investigates to ensure a correct decision.

Some cricketers feel that the on-field umpires should not make a soft signal. Only the third umpire should check whether the batter is out or not out.

Multiple controversies have surrounded DRS in the past. The first incident happened in 2013 when Joe Root was given out on delivery by Shane Watson. Root requested a review and there was no edge involved. However, there was a minor spike shown by ultra-edge. The soft signal was out, so the third umpire went with the same. But, there was no concrete evidence that Root was out.

The next one is from 2015, when Kaushal Silva (Sri Lanka) was given not out by the on-field umpire S. Ravi. Zulfiqar Babar was the bowler ad his captain Misbah ul-Haq doubted a catch, and he went for the review. However, the umpire should have also checked for lbw. In the replays, Silva was lbw out.

What is an umpire’s call in DRS?

DRS has a feature called umpire’s call, which is shown under marginal decisions. This rule is to encourage on-field umpires to make the right decisions. ICC introduced umpire’s call in 2016. It comes into the picture under marginal lbw appeals. The result depends upon where the ball lands on the pitch, where it hits the batter, and where it comes into contact with the wickets. If these factors are marginal or less than fifty percent, then the decision made by the on-field umpire remains final.

For instance, in an lbw out appeal, the third umpire reviews the point where the ball pitches. Suppose the ball goes outside the leg stump, the batter cannot be given out before the wicket. The ball tracking application or Hawk Eye traces the same. It has to make sure 50 percent of the ball is pitching in line to change the original decision by on-field umpires. In case the ball pitch less than 50 percent, the final decision stays under the control of the on-field umpires.

The next factor is the point where the ball hit the batter. If the batter is playing a stroke, he/she cannot be sent back to the pavilion if the ball is striking outside the off stump. So, if at least 50 percent of the ball is in line, the original decision can be changed.

Finally, the point where the ball hits the wicket comes into the picture. The ball has to make at least 50 percent contact with the wickets to change the original decision. The umpire’s call is shown if less than 50 percent of the ball strikes the stumps.

How a team opts for DRS?

Only the batter given out by the on-field umpires or the fielding captain can claim a DRS with a T sign using both their hands. The maximum time to make the sign and opt for DRS is 15 seconds. The request made after this duration could be declined by the umpires. 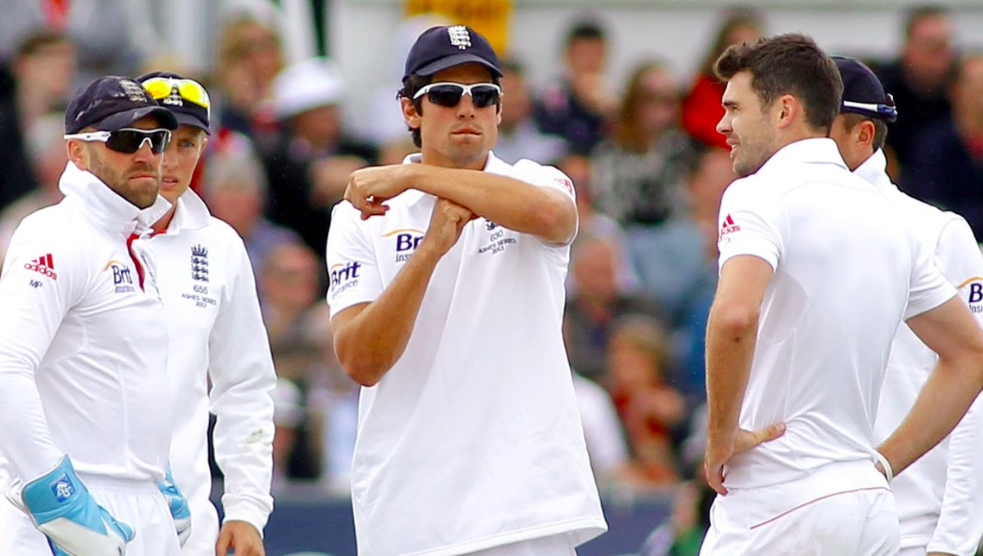 How many DRS referrals can a team take in cricket?

In test cricket, the team gets two reviews per innings. On the other hand, one-day internationals and twenty-twenty cricket have only one DRS per inning. Unused reviews cannot be taken forward to the next inning.

How many DRS are available in IPL?

Both teams get one review per inning. So, the total is two reviews per unit.

Who is the first batter given out by the third umpire?

Sachin Tendulkar was the first cricketer to be sent back to the pavilion by the third umpire. The incident happened against South Africa in a test fixture at Kingsmead, Durban. Karl Liebenberg was the third umpire. It was a challenging task for Tendulkar to get back to the crease because the brilliant fielder Jonty Rhodes was behind the ball. The latter was quicker, and hence, Sachin was run out.

If we talk about the decision review system (DRS), the first batter was Virender Sehwag to leave the ground. The on-field umpire denied the appeal for lbw, but Muttiah Muralitharan took the call. DRS confirmed that Sehwag should be back to the pavilion and hence, he was given out by the on-field umpire Mark Benson.

Technologies like DRS exists in other sports for a long time. Football, rugby, and tennis are some notable examples. So, cricket also followed it after some modifications. The motive of DRS in cricket is clear, to deal with any possible errors that can change the outcome of a game.

DRS does not make the on-field less credible. Instead, its umpire’s call function makes them even more valuable. However, we need improvements because this mechanization is only 90 percent accurate. Hope we will see upgrades in future.